Designers Who Changed the Fashion World

Designers are those people, who dictate us fashion trends standards. Every designer is famous and recognizable for own special unique style. Some of these people become real legends in the fashion world. How do they do it? Are they just minions of fortune or it’s their desire to live out the life dream and giant work that made them famous? 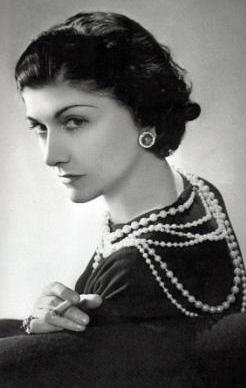 Probably everyone today knows Mademoiselle Chanel. She is quoted, she is impersonated. The founder of Chanel fashion house, she made a huge impact on XX century fashion and gave the world her trademark numbered perfume line. She was dubbed Coco when she sang in cabarets. Coco was extraordinary, bold and vivid person, with a great will power and irreproachable taste. We owe her modernization of women's fashion, borrowing many elements of male wardrobe, universal popularity of the little black dress, pearls, tweed suits, little hats, jewelry and tan.

Coco Chanel made luxury usable. The thing that she valued the most in clothes is comfort, which was embodied in her collections. "Luxury must be comfortable, otherwise it is not luxury," – Chanel said. Many international celebrities were clients and friends of Mademoiselle Chanel. Once she was asked what life events sparked her interest in art, and she answered: "I learned sewing under the care of nuns, while I was living in orphanage. They taught me the basic skills of sewing. I got hand in it and focused on design at an early age, which is why I already have well-known clients."

Chanel opened her first store in Paris in 1910. First she sold only hats, and only later - clothes. Notably, the very first clothing Chanel created was a dress made out of sweater. People noticed her outfit and asked where she bought it, and Coco offered them to make the same dress. Later, she said with smile, that her capital is based on the old sweater she wore, just because it was cold in Deville. 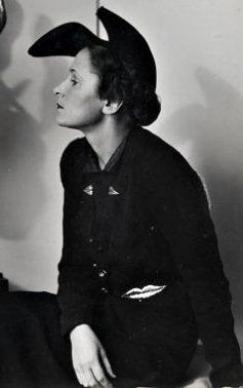 A famous Italian designer of the first half of XX century, who is considered surrealist in fashion, the main rival of Coco Chanel, and creator of ready-to-wear style. Elsa was born in the family of aristocrats, from childhood she studied painting, art history, loved theater. While Elsa worked as a guide in Paris, she noticed that all wives of wealthy Americans were not interested in architecture, but most of all – in fashion shops. Presumably, that's why she came up with the idea to shock people with unusual clothing.

One day Elsa met an immigrant from Armenia, whose knitted sweater she liked a lot, and she persuaded the girl to make together unusual designs. They made a very unusual black woolen dress with a butterfly bow. Their work has attracted attention and they got a big order from Strauss sportswear store. It was the order which made Schiaparelli famous. Elsa founded her own fashion house. As she originally conceived, she shocked people with her collections. They embodied the most daring of her fantasies and dreams, expressed something irrational and incomprehensible. Every garment was unique. Hearts, constellations, embracing arms, snakes, giant flies, unusual patterns, embroidery, and fancy accessories - all these things attracted attention and shocked people.

It was Elsa, who first invented the concept of "boutique" (a shop selling small series of author's clothes). Many celebrities cooperated with Elsa and bought her clothes gladly. Schiaparelli had a contract with Hollywood. She was friends with Salvador Dali (he suggested the idea of a dress with lobster and parsley and a phone-bag). Under the influence of Dali Elsa created her most unusual things: hat in the form of shoe, gloves with pockets for matches. Jewelry was also embodiment of the most bizarre ideas; she used candies, medicines, erasers, pens, pencils, dried beetles as material.

Elsa has often called her fashion house crazy. Popularity of Schiaparelli’s collections was enormous. Everyone, even the Duchess of Windsor, wanted to have these strange clothes. But when Elsa had to go to the US because of the start of the Second World War, she was forgotten. On her return to Paris in 1944, her style has not been popular anymore. Chanel dominated in fashion world, and Elsa decided to quit fashion.

The both women were talented, but quite different, fashion innovators. Chanel worked in classic style, not focusing on brightness and showiness. Elsa was extravagant, loved to shock and provoke. Though Schiaparelli’s brand does not exist anymore, the contribution of both women to fashion is undoubtedly invaluable. Elsa was ahead of her time: her ideas and inventions can be seen in modern fashion. Unusual color combinations, "fuchsia" color, bottles in the form of woman body, fur shoes, ankle boots, unusual handbags – it’s all ideas of talented Elsa.